Our wonderful politicians who have been claiming for their children at the Tax Payers expense got a break from the media today. The press got hoodwinked into looking at what they love to fall back on – Splits in the Party.

Labour had a good one with the classic old ‘Who Runs The Labour Party?‘ The line being that is it the Party or is it the Union? Funny how on the other side they never ask it of the Tory Party. Are they run by donating posh millionaires or by posh  millionaires  in the cabinet?

What they glossed over was the Nasty Party and that Burger-Boy Cameron tried to calm his party by inviting them to his (our) back garden. Wonder if anyone got offered under-cooked chicken? “Theresa! Would you like a leg?”

So it looks like those 150 odd MPs claiming £10,000 a year for their brats will be able to carry on sucking the taxpayer dry. Nice. 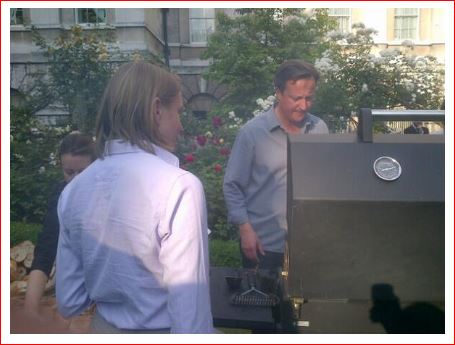