Billy Windsor is jolly well angry with nasty people who keep trying to take pictures of him and his family. He doesn’t have a lot to do these days so he seems to have stepped into the shoes of his miserable grandfather and taken to moaning at everything.

Of course when it suits him he loves to parade in front of the cameras but it seems there are times it gets on his wick. The rub it seems is when they are in a public place and someone takes a picture. We think what really upsets him is to think that there are ANY public places left! Surely his family own everything by now! It really gets up his nose.

While our sycophantic media will roll over and play tickle-my-tum for the royals those overseas are far from as grovelling. They know a decent, or better still an indecent, photo of the royals will sell their papers and magazines. Good on them.

A royal toady said that little George is apparently the number 1 target for the photographers. Like a true Sir Humphrey Appleby he played the “there are security implications” card. Brilliant.

“The worry is that it will not always be possible to quickly distinguish between someone taking photos and someone intending to do more immediate harm.” We guess you probably also need to be on the look-out for any royals who also happen to be child abusers.

Of course the real reason Billy is upset is that he doesn’t derive any direct income from these pictures. However, if you were to purchase the new glossy book “Pictures Wot Katie Took” the pair would really cash in! 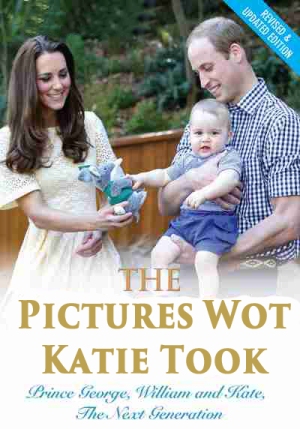