That’s it for this year and it seems nearly half a million took part recording which birds arrived in the garden. A tad too windy for many but warmer down in the south than you would expect for the last weekend of January.

The RSPB have suggested that this will mean that garden spotters may well see fewer birds this year as they are not so reliant on gardens for their food following the milder weather. They have asked that spotters keep their feeders supplied with food though so as the birds can always find something.

For our part we just seemed to have our usual daily crowd. The blackbirds were about as were the robins. Tits of various kinds got into the coconut halves and the sparrows got stuck into the peanut butter jar. 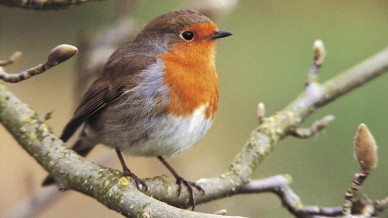