Will Dodgy-Dave Survive After The Referendum Vote?

The tory splits that the right-wing, millionaire owned press barons do not want discussed. The splits that have every Cabinet member wandering around with a dagger in their hand and one eye on their own backs. Ever ready to deal a fatal blow if they get given the chance while hoping not to receive one themselves between the shoulder blades.

Priti Useless has been her usual vile self but then she has been trained by the master of The Vile. Yes that failed tory leader, Duncan Smith, seems to have assumed the role of attack dog for all those who are looking to remove workers’ rights under the thin veil of leaving the EU. Being the man behind the Zero-Hour-Contract it makes sense that the failed tory leader would try and take on that role.

We then have the pathetic sight of Flaccid-Phil Hammond-Organ shouting and swearing at a 75 year old Bill Cash because the poor old silly sod got a bit confused. Cor, what a really nasty bloke that Flaccid–Phil really is. Notice how he didn’t take on old Boorish Johnson – no Hammond, you stick to picking on the 75 year old.

Oh course mention of Boorish brings us to what this is really all about. The desire Boorish has to get one over on his life-long rival Dodgy-Dave. Of course Dave has said he’ll be off and away on a public speaking tour making millions after the next General Election so the EU Referendum is the last chance Boorish has to beat him at something.

Don’t kid yourselves that this is anything to do with what is best for the country and the 75% of the electorate who didn’t vote tory. This is all about personal ego. That of Dodgy and Boorish and the pay-back to the 1%’s who paid for the ‘win’ at the last election. 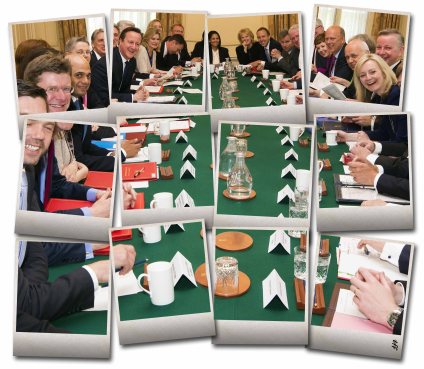