If you don’t know who Sir Tim is then we do wonder how you ever managed to read this! He is The Master; the man who invented the World Wide Web. Oh yes, he is a very, very special individual.

If Sir Tim sends out a warning that there is an attack being mounted on the Web then we all need to sit-up and take notice.

Tess May-Day started the attack here with her Snoopers’ Charter nonsense. As with most things May-Day starts not a lot happened. It has been passed on now to Amber Rude. This loudmouthed, shouty-shouty pointless-piece-of-piss keeps telling everyone she needs The Key. She wants to be able to unlock any coded messages from anyone.

She wants to be able to look at every message on the Web if she fancies it. Of course she uses the ‘terrorists’ card to justify this. The fact that the horror that happened on the bridge and in Westminster was perpetrated by somebody the security forces were not monitoring seems to escape her.

The problem is that once you unlock the door then that’s it – it’s open; forever.

Sir Tim said moves to undermine encryption would be a “bad idea” and represent a massive security breach. He also said giving the authorities a key to unlock coded messages would have serious consequences.

Sir Tim also attacked the UK’s recent Investigatory Powers Act, which he had criticised when it went through Parliament: “The idea that all ISPs should be required to spy on citizens and hold the data for six months is appalling.”

His most damning comment came at the end, “We’re talking about it being just a human right that my ability to communicate with people on the web, to go to websites I want without being spied on is really, really crucial.”

Don’t let a ‘here today, gone tomorrow’ third-rate politician take away rights that people have struggled for over 100 years to win. 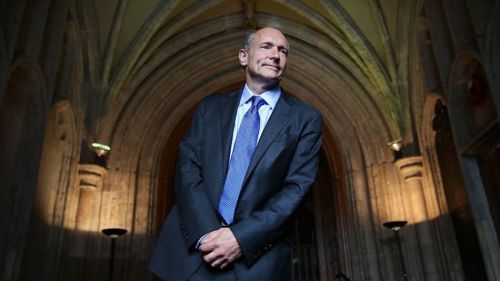